Just a bad mood…..or is it really more then someone is letting on?

Does anyone know someone or maybe it’s you…..with what you would call an “anger problem”? Either this person seems to get irritated at “nothing”, yell at “nothing”,even hit other people which is OBVIOUSLY a real issue. First let me tell you that if YOU are on the receiving end of being yelled at, pushed or hit, that you need to seek professional help for yourself.

Call 911 if you need to. It is very important, that before you read about this success story where Ali was NOT hurting anyone but herself-you get help if you are a victim. I don’t like the word victim so I’ll just re-word that to say if you are on the receiving end of inappropriate anger-get help now! Let’s talk about people and their moods.

Now let’s talk about Ali- one of our members who first, identified that she “ate when she was feeling irritable” on her food mood diary when she did the weight loss module. (She bought a kit and opted for the 75% off price on annual consultation services with access to all teaching “modules'”).

And she identified stress eating and anxiety eating.

She didn’t initially do any other modules other than #1 which MUST be done first and then Weight loss.

She didn’t say she was angry or even in a bad mood most of the time-she just said she was a little “irritable.” This is normal-people do not report that they are abusive.

For the stress eating and general mood issues we added happy brain chemical precursors tailored just for her. We tailored it to fit her physiology. More is needed for binge eating (which we discovered she had on a phone call after a couple of weeks had gone by without her revealing this information).

We (I) had to go up slowly so as not to produce side effects.

She was not bipolar so it was safe to put her on 2 caps of l-tyrosine at breakfast and dinner and 2 caps of SAMe- same timing.

I strongly believe in treating depression with natural mood enhancers and of course irritability and anger are usually signs of depression.

For the symptoms of stress and anxiety we added our most popular  natural supplement to up GABA levels called PharmaGABA, along with behavioral stress-busting techniques.  And of course we added all of the things talked about in other articles in this blog (see stress and anxiety info) to Ali’s regimen. She saved money with the stress relief kit and loved all of the components of it and her discounts!

If you want an overview of her personalized weight loss program here is a quick video:

SO we did a great job getting Ali to her ideal weight and she just plain didn’t mention anything else until she did the module on how to have an anxiety and depression free life.

That’s when I heard there was more to the “irritability” eating then she was letting on to.

How else did Ali’s anger manifest?

Ali lived alone, a very solitary lifestyle, a small apartment and a cat. She noted that she was now living a pretty anxiety free life but that she was irritable and had bursts of unexplained anger.

She didn’t feel depressed due to what she was taking for weight loss, but said she HAD had female mood swings and some associated GI bloating  which were now under control with our program. And if she really thought about it, yes, she HAD been depressed. She was no longer depressed but was irritable with bursts of anger. She would yell. She would throw things.

She did NOT hurt the cat!! I asked, you bet I did!

She felt LESS irritable  and less angry but confessed to having these issues. Since I am not a Psychologist I told her that she should schedule with one, to get to the heart of this, since often times anger issues are “buried negative emotions.”

But what did I do to NUKE this behavior after several sessions with the Psychologist?

OK, here is what was “the deal”. Now that we are all aware of what’s doing with Bruce/Kylie Jenner (no, I am not implying she has anger issues-quite the contrary), it’s OK to “talk about this stuff” right?? Ali was transgender and having a great deal of difficulty with the situation. And unlike Bruce Jenner’s family Ali’s family rejected her! So there was a lot for her to talk about with her therapist but meanwhile I also got to work on “my end”. 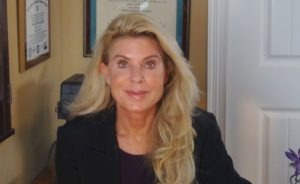 Now I’ve talked about the basics of dealing with depressive illness- you need an anti- inflammatory diet , you need to get rid of oxidative stress and inflammation and you need to make sure you have a well functioning GI tract by using the protocol I recommend to do so.

This is well outlined in many articles so see the GI-section of this blog for details or just get the GI health kit.

A large majority of people who are irritable and even angry or addicted are simply  “dopamine deficient“.

So-then I upped her l-tyrosine and her SAMe to 4 caps 2x /day  to really do the job. She just plain needed more dopamine to stop the constant bad mood, irritability and bursts of anger. After dose adjustments and 6 weeks of counseling Ali is reporting that she is going to call herself he in another 6 months-perhaps less. She says she is  fine with it and says she is no longer yelling, nor throwing anything. She is going to give her family “time”.

She says she is actually almost never in a bad mood anymore-in fact says she is  in a great mood, doesn’t feel what we call inappropriately irritable and will continue with her counselor. I would call this another AWS success story wouldn’t you? If this applies to you or a loved one or you simply want to explore mood issues please first get the mood improvement FREE series in PROGRAM/MODULE for MOOD. Or just email me!

Who doesn’t want to be HAPPY??? There is nothing like being in a great mood-not a bad mood, for goodness sakes- the majority of the time. I’m speaking from personal experience with thousands of patients and members, many of whom WERE on (yuk) anti-depressants drugs. By the way if you are on anti-depressants there is a way out.