On December 15, 2016 by Kim Crawford, M.D. in Brain and Memory Care
Return to Aging Well Blog

In my opinion, a real brain booster is a supplement which increases the velocity (speed) of thought.

By doing that, we can actually increase the I.Q. of someone with a “normal” brain and “normal” number of brain cells and neural connections, according to recent studies.

So, to me, these are actual brain boosting supplements. If you came to this post looking for the overall best brain supplements, supplements for memory, or the brain health guide which reviews everything to improve brain function then jump off this article and onto one of those links.

However, I feel a true nootropic “makes you smarter” which speeding up thoughts can do. We do not know that improving memory, concentration or ability to think (cognition) makes you smarter. Therefore, I’m honing in on what I feel are true and pure nootropics here. So, this means real brain boosting supplements. The many functions of these brain speed ampers also include other benefits such as aiding in memory and Alzheimer’s disease. Since this is the case, I will also discuss the “other” effects you can expect with the three brain boosting supplements that are the topic of today’s discussion.

How your diet affects your brain:

Over the years, many people have restricted dietary fats for weight loss and weight control; We know now this is wrong. Fat-restricted diets can seriously “short us”  on two essential brain nutrients, serine (as phosphatidylserine or PPS) and choline (as alpha-glycerylphosphorylcholine or alpha GPC). Diets which restrict cheese, eggs, meats, and other sources of cholesterol and healthy saturated fats are not “brain healthy” diets.

The brain’s need for choline and serine becomes even more pronounced as we age.  An alarming number of Americans are developing cognitive dysfunction and dementia, and even sub-clinical deficiencies in these nutrients sure don’t help the cause.

In fact, as much as 20% of individuals over 65 years of age suffer from mild cognitive impairment (MCI). In addition, another five million Americans have a diagnosis of Alzheimer’s disease.

Conversely, and remarkably, many studies suggest if we all optimize our intake of choline and serine via diets or (more easily) supplementation, this potentially forthcoming rise in dementia may be reversible. However, if you want total brain protection then get the kit I’ll discuss at the end of this article and opt for a free consult with me.

Why your brain must have enough choline and serine:

All muscle and nervous system bodily function depend on electrical signals which are transmitted along nerve cells. Nerve cells (neurons) communicate with each other across chemical bridges called synapses. Acetylcholine is the “cognition” or thought-forming neurotransmitter. It is essential to think and to be able to form memories. We also need it for a number of other cognitive processes. GPC donates choline-based molecules to acetylcholine. Phosphatidyl serine (PPS) increases the amount of acetylcholine by producing phosphatidylcholine which is a precursor of acetylcholine. I’ll discuss acetylcholine in-depth in a moment.

All human cellular structure and protection are supplied by what are called phospholipids. A phospholipid molecule is made up of fatty acids, and other chemical attachments which layer out the fatty acids.

One of the two phospholipid layers around cells is critical to each of your cell’s ability to function. The brain needs phosphatidylserine for phospholipid synthesis.

Alpha-glycerylphosphorylcholine plays a role, albeit on a smaller scale, in the synthesis of phospholipids in the brain. So now you have the first two important brain boosting supplements we’ll discuss.

One is called GPC. The other is called PSS. They both boost levels of the “thinking neurotransmitter,” acetylcholine. In addition, the PSS helps to maintain brain sheath membranes as previously mentioned. I’ll discuss both substances separately but here is some of what they have in common.

Recall acetylcholine is the cognition neurotransmitter.  An “over-supply” of acetylcholine increases neural transmission speed. The speed at which someone processes information is basically their intelligence quotient or IQ. As you now know, alpha GPC and PPS both increase the synthesis of acetylcholine.

Two clinical studies convey the improvement of the speed of thought can improve global cognitive functioning. This includes memory, learning, focus, and actual data processing. Standard  I.Q. testing was not done, but studies are ongoing which is using that metric. Now, onto GPC.

As discussed, studies show GPC can increase the rate of phospholipid synthesis, thereby increasing the coverings for nerves and helping coordinate “thought signals.” As a result of this and even more, such as the increase in acetylcholine, the velocity of thought is increased. GPC’s building blocks are found in few foods such as soy lecithin and milk, so it’s not hard to develop a deficiency with age.

Alpha GPC (L-alpha-glycerylphosphorylcholine), the only proven effective supplemental form of choline, has been shown in several clinical studies to boost memory, mental focus, attention, and cognitive ability via measurable increases in acetylcholine levels. It does all of this without the risks of using amphetamine drugs such as Adderall. It is one of the few brain boosting supplements proven to augment both memory and cognitive speed.


While levels of this GPC naturally decline as we age, taking supplements such as Alpha GPC can ensure you have enough acetylcholine to meet the demands of your cognitive and muscular activity. In addition, the alpha form is easily absorbed and also easily passes through the blood-brain barrier. This makes Alpha GPC fast-acting and potent.


A side-note about memory:

First, it’s involved in what is called “working memory capacity.”  This is short-term memory related to moment-to-moment intelligence. Second, it’s involved in long-term memory storage, or what is known as “crystallized intelligence.” As a final “hmm” moment, note alpha- GPC supplementation can increase the release of acetylcholine in the brain’s memory center, the hippocampus. Dosing begins as a “starter month” of 1200 mg per day and maintenance can be anywhere from 300-1200 mg per day. If you want to take more, discuss with me, please.

The human body can make phosphatidylserine, but it obtains most of what it requires from foods.

It’s harder to develop a serine and, therefore, PPS deficiency due to the high serine levels in egg whites, soy, turkey and so on. However, a deficiency of either PPS or GPC can be an early sign of dementia.

So, if you have short term memory loss, don’t ignore it. You might have MCI which is entirely treatable. Phosphatidylserine assists in glucose metabolism which then keeps the brain “fueled.”

Evidence shows phosphatidylserine benefits a number of cognitive processes. It is noted for its involvement in memory and capacity to learn. Notably (speed related), it improves the retrieval of information in our brains. It boosts focus and improves attention span.

Among its list of functions, phosphatidylserine stimulates the release of dopamine. This has implications for depression and preliminary studies do indeed show PSS improves depression. Again, PSS increases the production of acetylcholine (necessary for learning and memory).

It also reduces cortisol levels which are often high and toxic to brain cells. It boosts the activity of nerve growth factor (NGF), which protects brain cells. (Note: The brain protective effects of the other two supplements are quite good, and I discuss them in numerous other articles).


Research shows supplementation with PSS can slow and possibly reverse the decline of learning, memory, mood, concentration, and word recall related to age-related cognitive impairment. In fact, the FDA has authorized the use of labels which state “consumption of phosphatidylserine may reduce the risk of dementia and cognitive dysfunction in the elderly.”

Furthermore, to fulfill my nootropic requirement, studies have borne out Phosphatidylserine can favorably affect neuronal membranes, cell metabolism, and levels of the brain neurotransmitter, acetylcholine. Acetylcholine, you of course now do recall, is the factor most responsible for “neuronal transmission speed.”

Carnitine deficiency is relatively rare in healthy people without metabolic disorders. However, supplementation with the acetyl variant has proven to be beneficial. Some examples include weight loss, heart health, natural energy and even the enhancement of brain function.

L-carnitine plus and acetyl group (-COCH3) is acetyl-l- carnitine. It’s the most bioavailable form of L-carnitine. Unlike other forms of L-carnitine,  ALC readily crosses the blood-brain barrier to act within the brain itself.

Not only that but too much non-acetylated l-carnitine via supplementation is likely related to lower GI tract cancer. Therefore, I strongly recommend steering clear of the non acetylated carnitine supplements out there.


ALC is indeed effective when taken alone, but its nootropic properties are most pronounced when it’s consumed with other nootropics such as, of course, GPC and PSS.

There is clinical evidence ALC enhances brain function. Studies show it enhances cognitive functions and improves learning ability. ALC’s nootropic function is due to enhancement of the acetylcholine system. ALC is the last of the three supplements I’m discussing which is involved in the production of acetylcholine.

It’s not as direct as with GPC and PSS, but it’s real. When acetyl l-carnitine is ingested, it can be converted into “acetyl moieties.” The acetyl moiety then binds with Coenzyme A to create Acetyl-CoEnzyme A. Acetyl-COA combines with free choline and then an enzymatic reaction converts it into acetylcholine.

Scientists generally agree it has the same effects on brain cell transmission speed.

A dose of 2000 mg per day of acetyl-l-carnitine resulted in a decrease in pain, and improvement in nerve conduction speed as well as some nerve regeneration.

Important footnote about what you read “out there”:

You might google and read about “top nootropics” which include all sorts of vitamins, and even drugs in their formulations. I sub-specialize in “the brain.” In addition, I have a series of articles and a best-selling brain book. You can find the information  you need to boost your brain and stay safe and healthy while doing it. Yes, you do indeed need some specific brain vitamins but not the small amounts of too-numerous-to-count non-brain-related vitamins I see  “out there.”


I have seen products advertised which are a giant waste of your hard-earned money. Furthermore, I have seen others which just plain make me shudder. I will always be honest with you here. Also, I will always present the current findings which are effective and safe. So, please, be careful who you accept information from. Nameless, credential-less websites simply hawking supplements are a red flag. Beware of the “racetams.” They boost brain function initially but long-term cause brain damage. 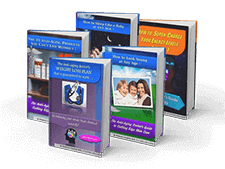